As a young boy, Roger Ross Williams traveled with his mother, a single woman who worked as a housekeeper in a small town in Pennsylvania, to visit relatives at their farm in Charleston, South Carolina.

“We were packing everything into the car, and we did it all at once. We never stopped. I never understood why,” recalls Williams, who grew up to be an Oscar-winning director , in an interview published by his film production company.

As an adult, Williams said, he understood why his mother drove 12 hours non-stop: “It’s just the reality of being black in America.”

This reality is the subject of a bold and original 3D cinematic experience directed by Williams that will be screened at the Civil Rights Memorial Center at the Southern Poverty Law Center in Montgomery, Alabama from November 1 until January 22, 2023. The project, “Traveling While Black,” uses high-level documentary and virtual reality technology to immerse participants in the terrifying world of the United States during legal segregation.

Entering an exhibit space set up as a replica of the iconic Ben’s Chili Bowl restaurant in Washington, D.C., viewers will don Oculus Go headsets and, for 18 minutes, engage in conversations with customers represented by the technology of virtual reality who share their intimate experiences of traveling and living in the United States when a simple bathroom stop can be life threatening. The virtual reality project depicts the time Williams, now 60, was born into in 1962, when the set of laws and customs known as Jim Crow were pervasive in the southern United States. United, and when black people faced persistent racial prejudice, price gouging and physical problems. violence while traveling through the United States

The Negro Motorist Green Book, the brainchild of postal carrier Victor Hugo Green, was published for 30 years, beginning in 1936. (Courtesy “Travelling While Black”)

With black travelers aware that they hit the road at their own risk, a guide published from 1936 to 1966 became their lifeline to find establishments, like Ben’s Chili Bowl, where they would be welcomed rather than threatened or turned away. Guide, The Negro Motorist’s Green Book, was the brainchild of Harlem, New York-based postal carrier Victor Hugo Green, who grew tired of the discrimination black people faced when leaving their neighborhood. He provided a list of hotels, boarding houses, taverns, restaurants, gas stations and other establishments across the country that served black customers. Traveling as Black required ingenuity and courage, and establishments like Ben’s – with its famous half-smokers, chili dogs and milkshakes, and its role at the heart of the bustling neighborhood known as “Black Broadway” – were safe spaces, respites from the reality of white supremacy.

“Traveling While Black”, however, is explicitly designed to be more than history. It illuminates the history of segregation through personal stories, using a collection of interviews and cinematic recreations. The film incorporates important civil rights milestones into the experience and is designed to give participants not only a deeper historical understanding of the past, but an acknowledgment of the depressing and lingering dangers of being Black in the United States today. today.

“There was a time when travel for black people was a matter of life and death,” Williams wrote in the director’s statement that accompanies the project. “So for me, the project started as a way to talk about this forgotten period in history. But the more I started to think about the past, the more I realized that not much had changed today…the risk we face just by leaving our homes and our need for safe spaces are just as prevalent as they used to be at the time of green book.” 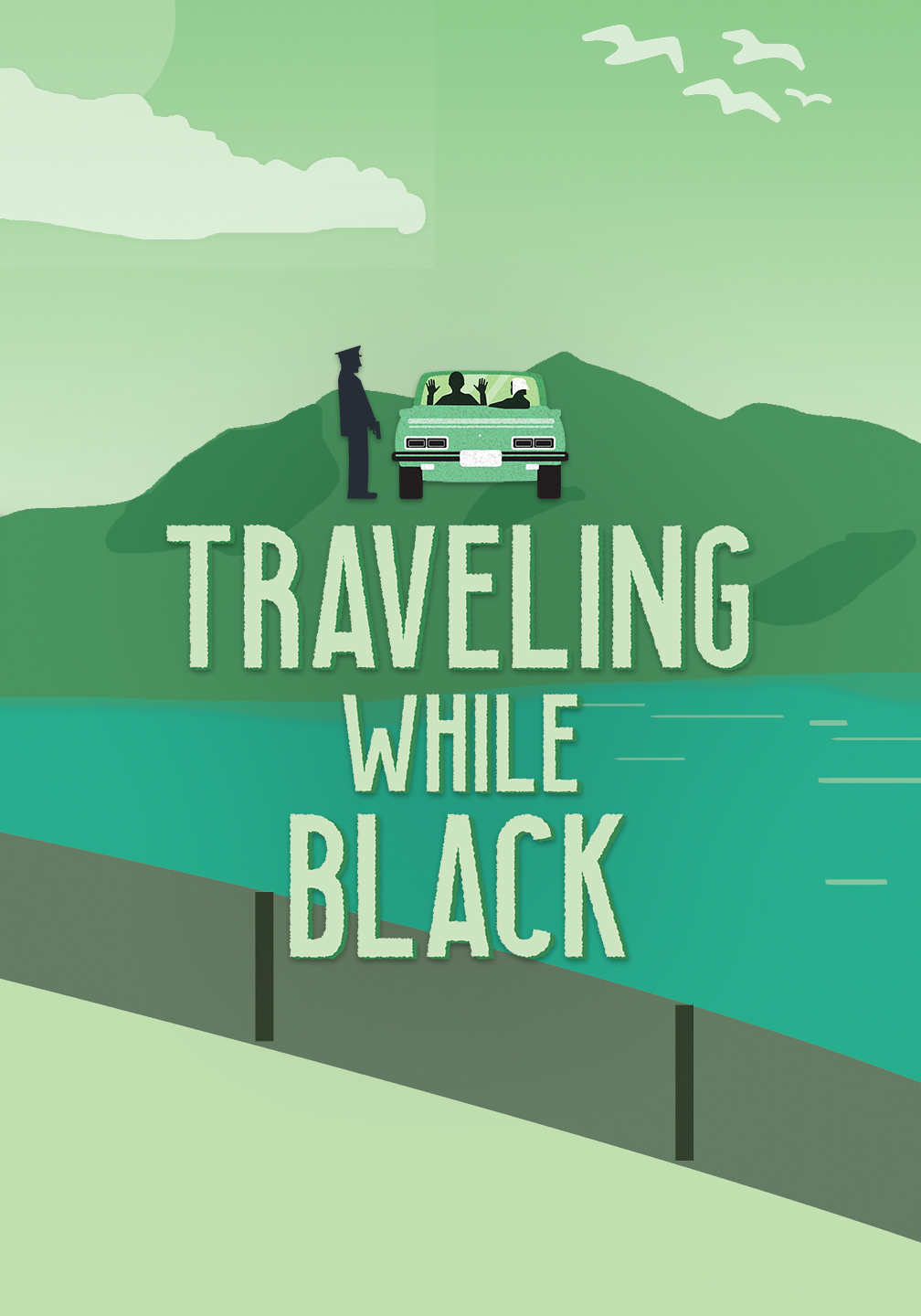 Tafeni English, director of the Civil Rights Memorial Center, said that in a country where inequality between white and black Americans persists in nearly every aspect of society and economy, the exhibit is deeply relevant and poignant. . Two years ago, the streets of American cities and towns erupted in protests after the killing of George Floyd by a Minneapolis police officer drew attention to the dangers black Americans face. Showing the documentary project in Montgomery, site of America’s first large-scale protest against segregation — the Montgomery Bus Boycott of 1955 and 1956 — gives the project unique power to “spark conversations about race issues,” said English. .

English said the decision to install the “Traveling While Black” exhibit at the Civil Rights Memorial Center is part of a larger SPLC mission to dig deeper into the roots and lingering dangers of systemic racism. During the pandemic, for example, the SPLC released Movement and Space: CRMC Community Guide, a public education resource that explores current and historical constraints on Black people’s right to move freely and occupy space. Like Williams’ virtual reality documentary, the guide is designed to encourage community groups, museum educators, high school students and others to facilitate difficult conversations about race.

“The ‘Travelling While Black’ exhibit can also, in some cases, change the perspective of others when they experience the treatment of others during these times,” English said. “We are interested in being part of the solution when it comes to the issue of race, and that starts with having honest, tough conversations with each other.”

The exhibit, said English, “will not only provide insight into what it was like for black people to travel in the 1950s and 1960s, but will draw parallels to the things we see happening in our country today. . We hope that people will come away more inspired to play an active role in dismantling racist systems. »

That’s exactly what happened when the exhibition, which travels across the country, was shown at Georgia Tech Arts at the Georgia Institute of Technology in Atlanta last year.

Over its three-month run, the exhibit attracted a wide range of people, said Aaron Shackelford, director of Georgia Tech Arts. Alumni shared stories with staff. Students who had grown up only aware of the history of segregation were thrilled, transported to a world they had never known before. Community members participated in conversations with academics, and especially at a leading technology institution, young people studying computer design, engineering and other disciplines were exposed to a vivid example of how whose particular set of skills could be used for art and for good.

“‘Traveling While Black’ was a test for us to show our students that’s what we mean when we say the technology they’re working on has an impact on storytelling that can really affect lives,” Shackleford said. “Virtual reality technology creates the best version of oral history I have ever seen. It allows you to sit across from someone. And since you’re sitting there, you need to hear what they have to say. You have to engage with them in a much more powerful way than you would with any other medium. 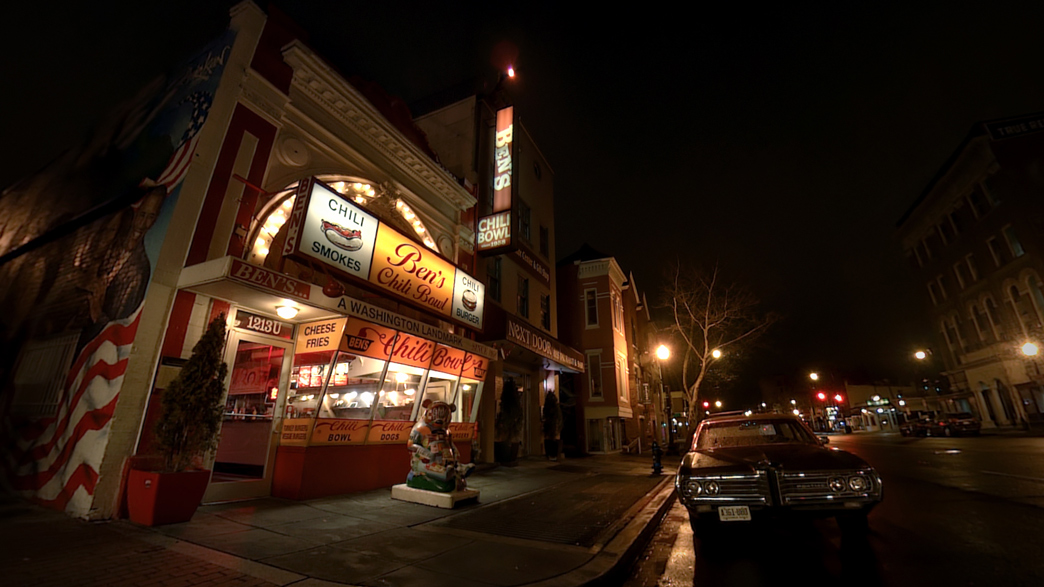 Proof of this commitment to Georgia Tech became, during the course of the expo, a wall display just outside for all to see. In one lounge, Shackelford set up comfortable seating where visitors could write their responses and post them on a corkboard hung on the wall. Later collected by the curators and turned into a short film, the responses remain poignant reminders of the power of the exhibition:

“Every human should watch this movie,” wrote one visitor.

“I feel humbled and determined to contribute whatever I can to improve the human condition,” another wrote.

“I’m sad we still have to travel while Black,” wrote a third. “I hope this exhibition will change the culture.”

“I knew black people were far from safe in America, but I didn’t know how far,” another reply card read. “I feel frustrated and sad that we always talk about the same issues.”

And another warned: “Awareness does not stop in this room.

The exhibit’s message, Shackelford said, is one that black people in this country don’t have the luxury of forgetting.