Plastic has long had the planet in its grip. Too often it is found piled up on beaches and floating like “plastic islands” in the ocean. But it also clogs the stomachs of birds and other animals and has even entered the human bloodstream.

To date, only 9% of the world’s plastic has been recycled. About 12% was burned and the rest ended up in landfills or in nature.

But as dire as the situation may seem, there is light at the end of the plastic tunnel, writes the intergovernmental economic organization, the OECD, in its new Global Plastic Outlook report. If countries around the world make a concerted effort.

Microplastics can enter the human body through food and water

Mitigate the plastic outlook with the “business as usual” scenario

On our current journey, however, the use of plastic will triple by 2060, and since the material is not biodegradable, so will the resulting waste. Microplastic pollution will also increase significantly in all countries.

Rivers like the Ganges in India and the Ciliwung in Indonesia are already teeming with plastic waste. Unless we change our habits, the amount ending up in nature will double and cause even more damage to plants, animals and ecosystems, according to the report released today.

With 99% of plastics made from fossil fuels, the already considerable emissions created during the life cycle of plastics will also more than double by 2060.

“It is clear that ‘business as usual’ in the way we use, produce and manage plastic is no longer possible,” said Peter Börkey, OECD environmental policy expert and co-author of the report, at DW. 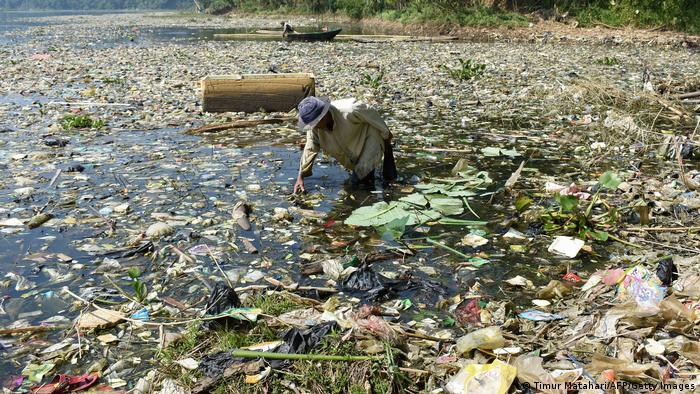 Rivers in many countries are already choking with plastic waste

The good news: countries can work together to solve the problem

But the future is not fixed.

Plastic use could fall by a fifth by 2060 if all 38 OECD member states, especially those with high per capita incomes such as Germany, the United States and Japan, implement far-reaching reforms. Such an approach would also significantly reduce waste.

If non-OECD countries join in, plastic waste could be reduced by a third, even enabling global economic growth. This means that virtually no plastic would end up in the environment, according to the report’s authors.

But to achieve these goals, almost 60% of plastic waste must be recycled worldwide. The market share of recycled materials will need to increase from the current 6% to 41%, while waste management systems will need to be significantly improved.

OECD member states are today the world’s largest consumers of plastic. But by 2060, around half of plastic consumption will be in countries in Asia, the Middle East and Africa. These countries are already seeing a high incidence of plastic ending up in nature.

“The most effective way to reduce plastic in the environment is, first and foremost, to help developing countries improve their waste management systems,” Börkey said. “And that’s where OECD countries can help.”

A tax on new plastic

The scenarios and calculations proposed by the authors are ambitious and include the introduction of a tax of $1,000 (€931) per tonne of newly manufactured plastic. The idea is to push companies to look for alternative materials.

“This will have a significant impact on plastic demand,” Börkey said. “We need to create situations where alternatives to single-use plastics become viable.”

Despite its problems, plastic is still an extremely useful material. It is used in wind turbines and electric cars. According to Börkey, we don’t have to replace plastic where there are no good alternatives or where its use is sustainable.

The goal is to reduce the types of plastic that typically end up in the environment.

“It’s usually packaging. It’s about a third of the plastic we use,” he said. 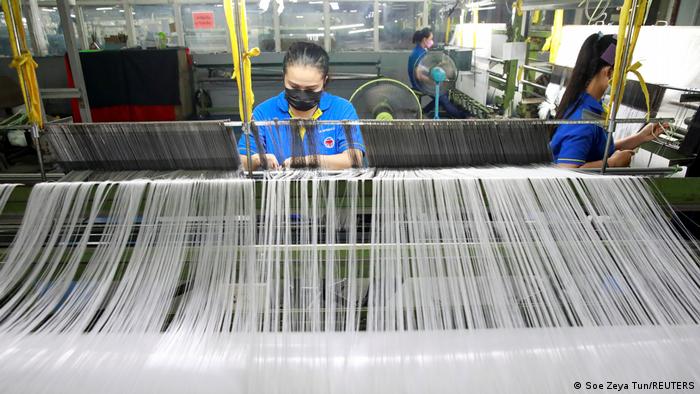 Fixed recycling quotas would help reduce waste and the production of virgin plastic. So would the introduction of legislation requiring manufacturers to produce packaging, clothing and vehicles in a more sustainable way and to ensure that electronic products are easier to repair, thereby extending their lifespan.

These are all ideas related to the circular economy, which aims to create a system that avoids waste as much as possible and reuses resources in new products.

In March 2022, 200 countries agreed for the first time to establish mandatory rules and instruments for the production, consumption and disposal of plastic by 2024.

Conservation organization WWF called the decision historic. However, states still need to work out the details. The extent to which any rule would be binding also remains to be determined.

In 2021, the European Union banned a number of single-use plastic items, including disposable cutlery and crockery, take-out cups, polystyrene containers and straws.

Regulating plastic consumption around the world, as the OECD authors propose, would cost less than 1% of global GDP by 2060.

This article was originally published in German.