Dave Grohl revealed that Kurt Cobain’s death inspired him to found the Foo Fighters, during an appearance on the Graham Norton Show on Friday.

The former Nirvana drummer, 52, admitted he left the United States after his friend was found dead at his home in 1994 following an apparent suicide at the age of 27.

He quickly traveled to Ireland for the purpose of “soul searching” but remembered the vocal power on a stranger’s T-shirt.

“When Kurt Cobain died I didn’t know what to do with my life”: former Nirvana drummer Dave Grohl revealed his friend’s death inspired him to found the Foo Fighters, during a appearance on The Graham Norton Show Friday

â€œWhen Kurt died and it all ended, I didn’t know what to do with my life,â€ the Grammy winner said of the band breaking up.

â€œI couldn’t listen to music anymore because it hurt too much, so I tried to escape and went to Ireland for a soul search.

â€œI was trying to figure out my life when I picked up a hitchhiker who was wearing a Kurt Cobain t-shirt and I thought, ‘Even in this remote place, I can’t get past life. “

â€œSo I went home and started over with the Foo Fighters. I needed to survive and go on living, â€the Everlong hitmaker told the stunned Graham. 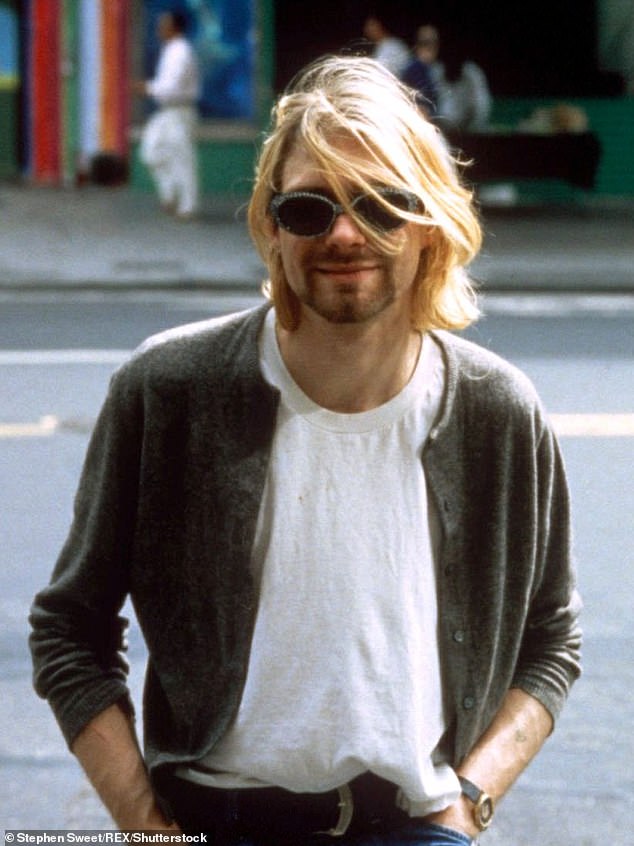 Icon: Kurt was found dead at his home two decades ago after an apparent suicide (pictured in 1993)

It comes as the Virginia-born star prepares to share some of her earliest memories and life stories in a new autobiographical book – The Storyteller – due out in October.

Memories are said to be a celebration of music as the legendary rocker looks back on his old childhood experiences, including some of his craziest and most touching moments.

All the while, he will be taking inspiration from his musical heroes who laid out the blueprint for what a life in music would look like.

In a preview of the memoir, Dave posted an over 11-minute audio clip of an introduction to the book on YouTube, and posted the text about it, except on Instagram, which shows it going back to the beginnings of his days as that addicted to music. 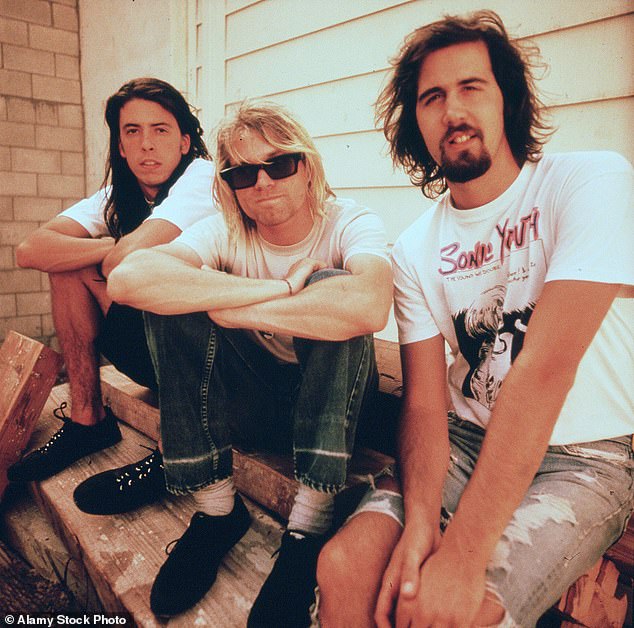 Tragic: Former band member Nirvana, 52, admitted he left the US in 1994 and headed to Ireland for the purpose of ‘soul searching’, but s’ remembered Kurt on the front of a Stranger’s T-shirt (1987 photo, left, with Kurt, center, and Krist Novoselic, right)

“There is a common thread in everything I do: telling stories,” he said in a statement.

â€œWhether it’s in a song, a documentary film or on the page, I’ve always felt compelled to share moments of my life. This inclination is a big part of what turns me on creatively but also as a human being. ‘

The storyteller was inspired, in part, by the Instagram account – @DavesTrueStories – that Dave launched in March 2020 when the COVID-19 pandemic put an end to the Foo Fighters touring schedule.

Not only did the social media page give him space for his creative energy, it also gave him the opportunity to remember the roads and paths he had taken over the decades, to write them down for the first time, then share them. with the world for all to see. 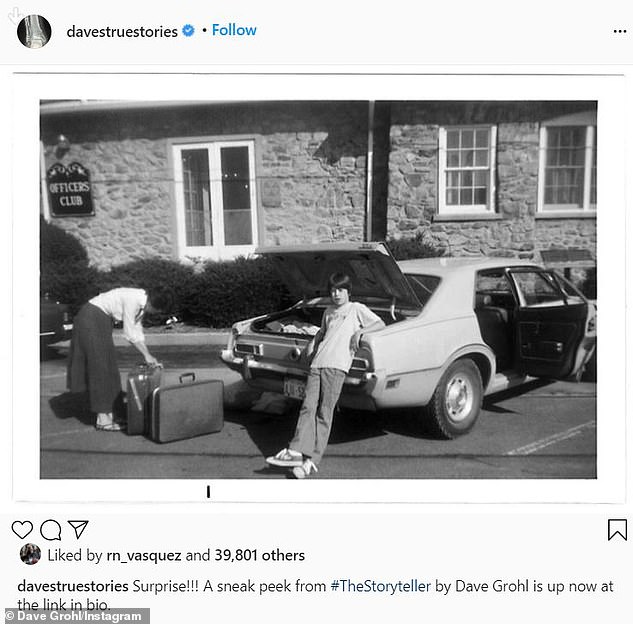 Life Stories: Included in one of the posts on @DavesTrueStories showed Dave as a youngster leaning against a car with his mom grabbing their luggage

“I soon found out that the reward I felt every time I published a story was the same as I felt when I played a song to an audience, so I kept writing,” Grohl said, tel. as reported by Rolling Stone.

â€œThe response from readers has been as moving as any applause in an arena. So I took stock of all the experiences I’ve had in my life – amazing, difficult, funny and moving – and decided it was time to finally put them into words.

In addition to childhood memories and experiences, there will also be life and time stories from Nirvana and Foo Fighters, as well as thoughts from David Bowie, Joan Jett, Iggy Pop, AC / DC and Paul McCartney. , among many others. others. 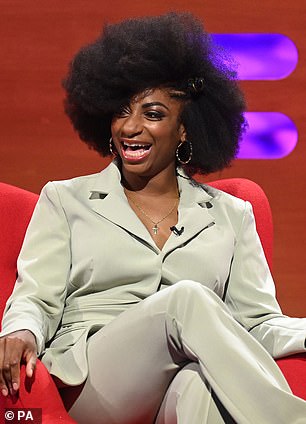 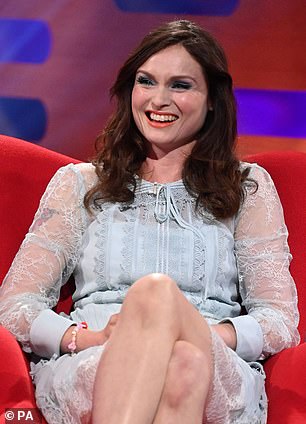 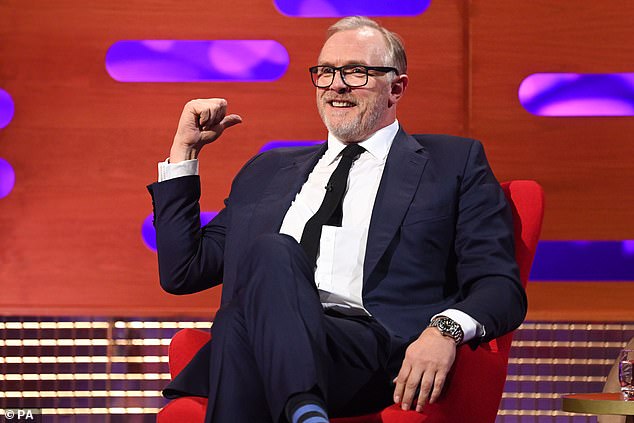 Funny: Comedian Greg Davies, about his new series The Cleaner, admitted, “The original German cult TV show was great, and I thought I would steal everything wholesale, but that didn’t translate so j ‘had to rewrite a lot’ 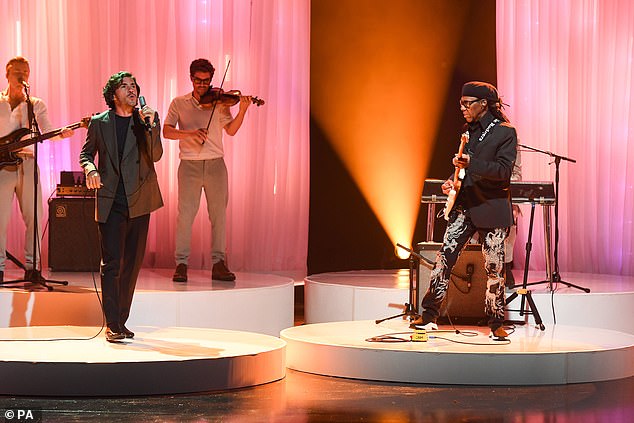 Kadeena, speaking of switching from the track to cycling, told Graham: â€œIt was by accident – I had a stroke and was diagnosed with MS and after that I had a. very poor balance and every time I tried to run I fell.

â€œSitting on a bike was much easier and a year later I was world champion! ”

Preparing to publish her Spinning Plates memoir, Sophie said, â€œThe original idea was to write a series of essays, but it all came crashing down on me.

â€œI feel weird that my 17 year old self and I are kissing each other. I went back to this girl and gave her a voice and it feels good.

Greg, about his new series The Cleaner, admitted: â€œThe original German cult TV show was great, and I thought I would basically steal it, but it didn’t translate so I had to rewrite a lot. of this. ‘

Asked about all the famous faces that have appeared on the show, he joked, â€œI was amazed at the people we had. No one was as surprised as I was when people like Helena Bonham Carter said yes. .

Dave Grohl’s The Storyteller is set to release, via Dey Street Books, a William Morrow Group imprint to HarperCollins on October 5. 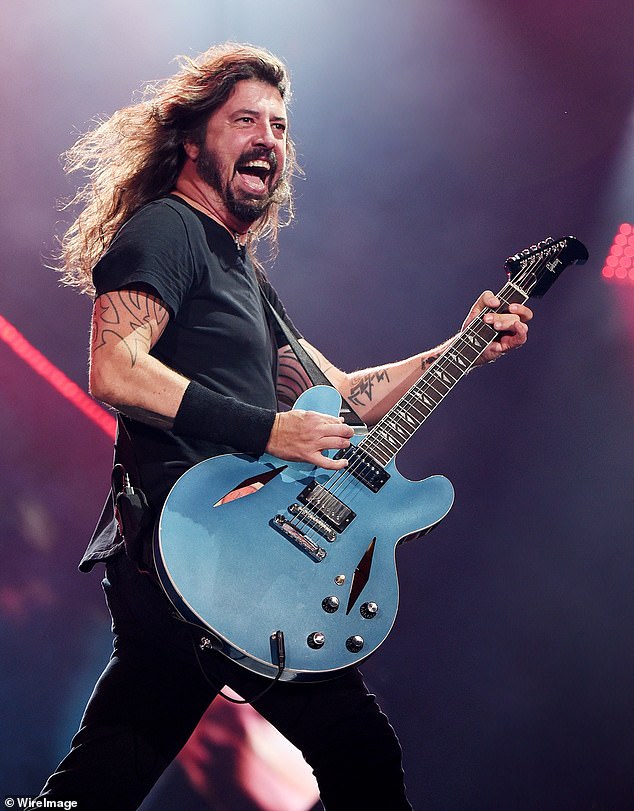 Coming soon: The book will be a celebration of music, which includes Dave’s rise to the top of the rock world (pictured in 2018)